Wazo Fest is a three day festival hosted in Portland, Maine by Kesho Wazo, a youth art collective. Join them for a screening of “Black Panther” in Congress Square Park at dusk!

“Black Panther” is a 2018 superhero film, based on the Marvel Comics superhero of the same name. After the events of Captain America: Civil War, King T’Challareturns home to the reclusive, technologically advanced African nation of Wakanda to serve as his country’s new leader. However, T’Challa soon finds that he is challenged for the throne from factions within his own country. When two foes conspire to destroy Wakanda, the hero known as Black Panther must team up with CIA agent Everett K. Ross and members of the Dora Milaje, Wakandan special forces, to prevent Wakanda from being dragged into a world war

Kesho Wazo, or “tomorrow’s ideas” in Swahili, is an up and coming youth art collective. The group was created as an outlet for young people to express themselves through art, music, fashion, and social advocacy. It is composed of 15 energetic members, who share high ambitions to break boundaries and positively impact history. 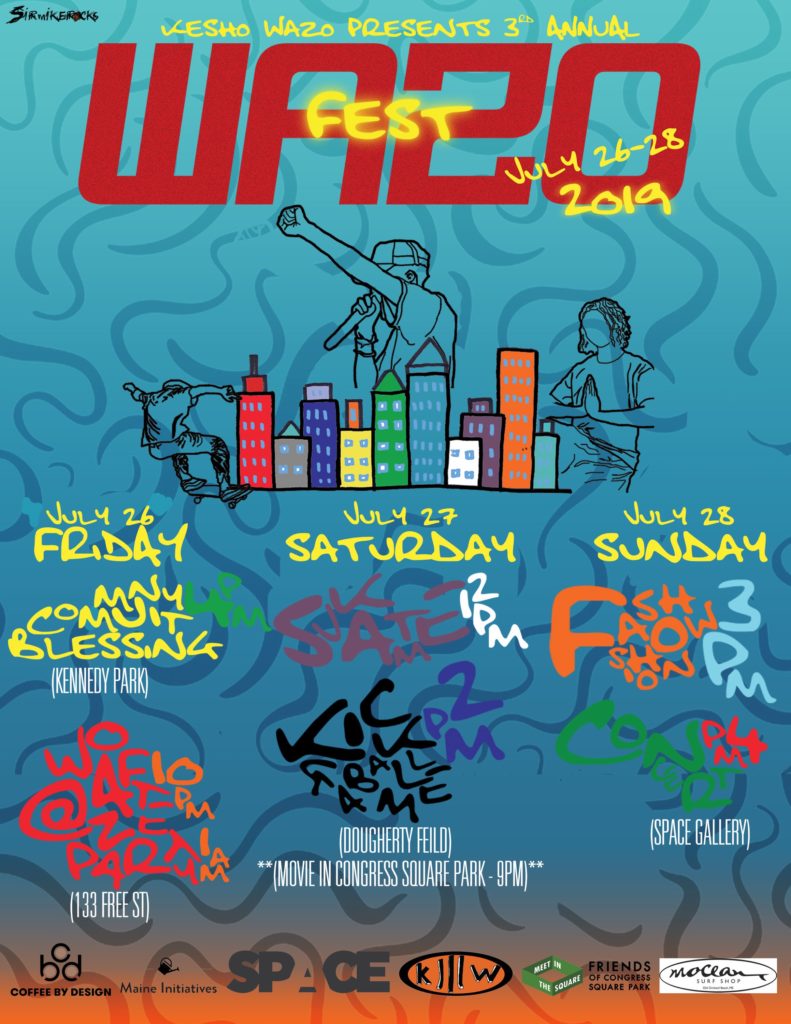